Let’s rewind to one week ago-

Last Monday, Chad and I had the basic frame work done on our bathrooms. Our family had worked hard and it looked as though we were not going to get the job done before the big day. After talking with our crew, they said, “if you just focus on having one bathroom, we can probably get it done.” 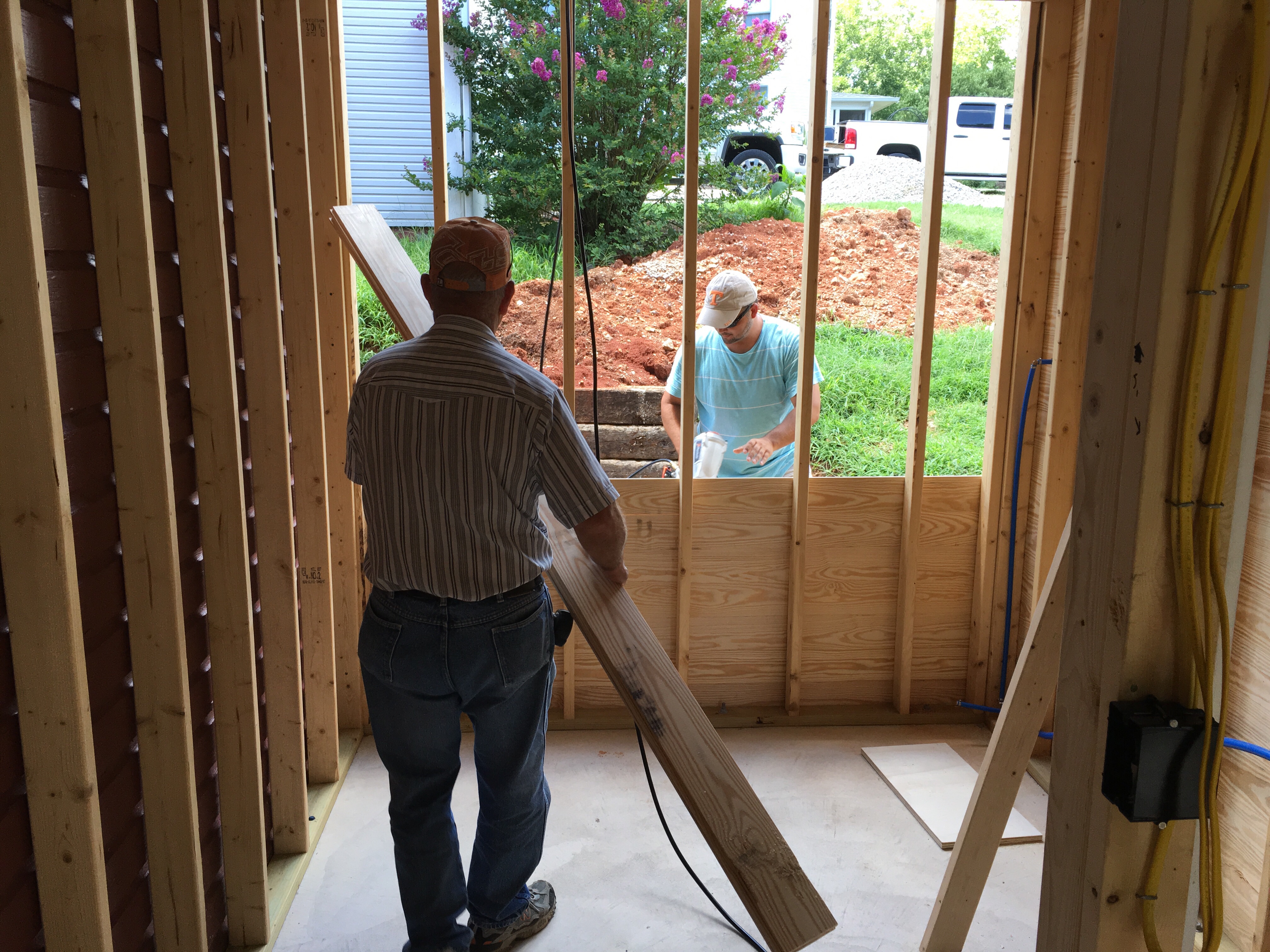 Probably doesn’t mean yes. We still had three big hurdles to get over.

Chad and I prayed that God would just make a way. That whatever His will was, that we would be okay with it. So, I started calling porta pottie companies to reserve two bathrooms (as our most probable outcome). I just wanted to be prepared. I really wanted our bathrooms to be done for this next wedding but I didn’t want to have false hope.

As God would have it-we passed our plumbing inspection. Item #1-Check!

Monday night, Chad’s cousin called and said they could come back Tuesday-Thursday to put on siding and beadboard. Item #2-Check! It looked as though we might actually get BOTH bathrooms done!

Last thing on the list was finding a plumber. Chad’s brother has been so giving of his time that we couldn’t ask him to come back. His day job is already so demanding that it just seemed impossible for him to do it…so we started asking our neighbors and friends, who they used as a plumber. We were going to be soooo close to finishing-but still not done.

Then, sometime on Tuesday, Chad’s brother called and said that he would finish up this project with us. He was able to come on Thursday evening. Talk about thankful for family!

I could not believe that God had worked out all three of these things. From passing inspection-to his family coming through-God made a way when there wasn’t really a way.

the day before the rehearsal dinner. Chad’s brother surprised us by bringing his lady! I don’t know what I would have done if she hadn’t come. She helped me clean that barn until it was mopped clean! ((Also-shout out to my friend Lisa, she came Thursday and did a lot of the grunt work in the clean up)). We cleaned until 4pm on Friday! 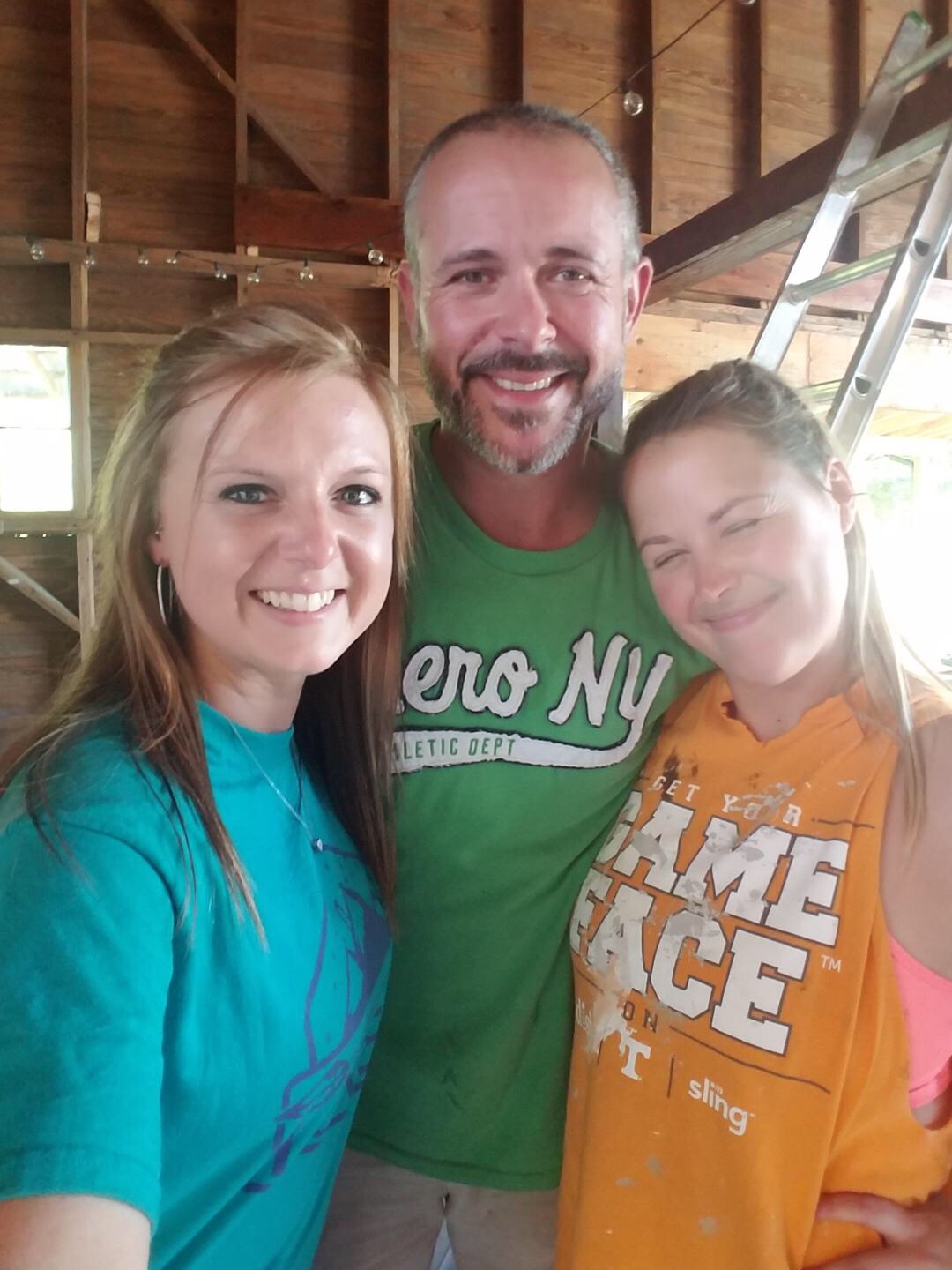 We had finished the bathrooms! I could not believe that his huge project had been done from start to finish in just about 2.5 weeks. We are grateful for our families and community that helped us finish this. Without them, we would still be a horse barn. 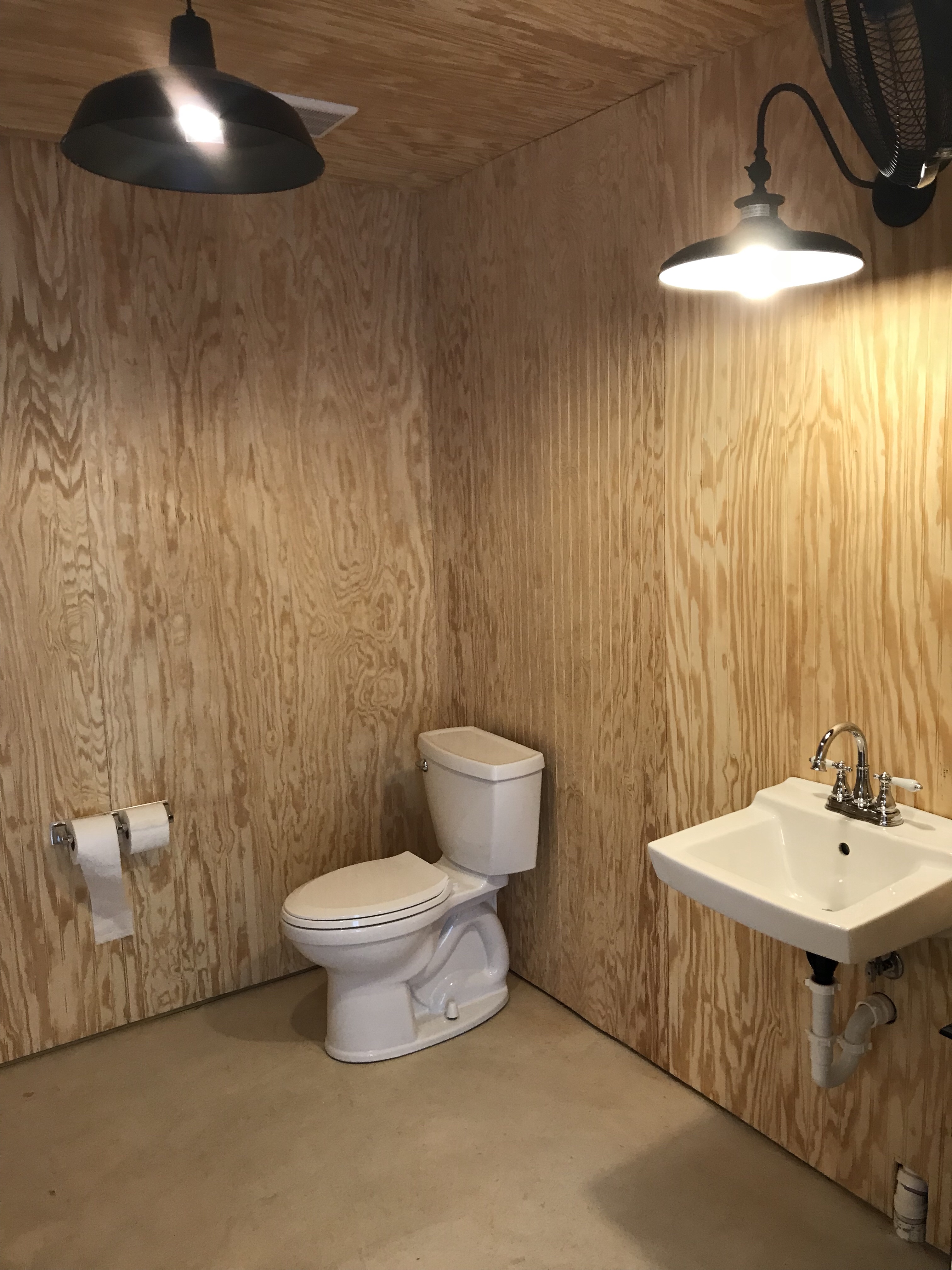 Then the rehearsal dinner starts. It goes off beautifully. This bride and her family/friends were amazing decorators and even more amazing people. We could not wait until their wedding. They had set up their chairs in the field and it looked perfect. 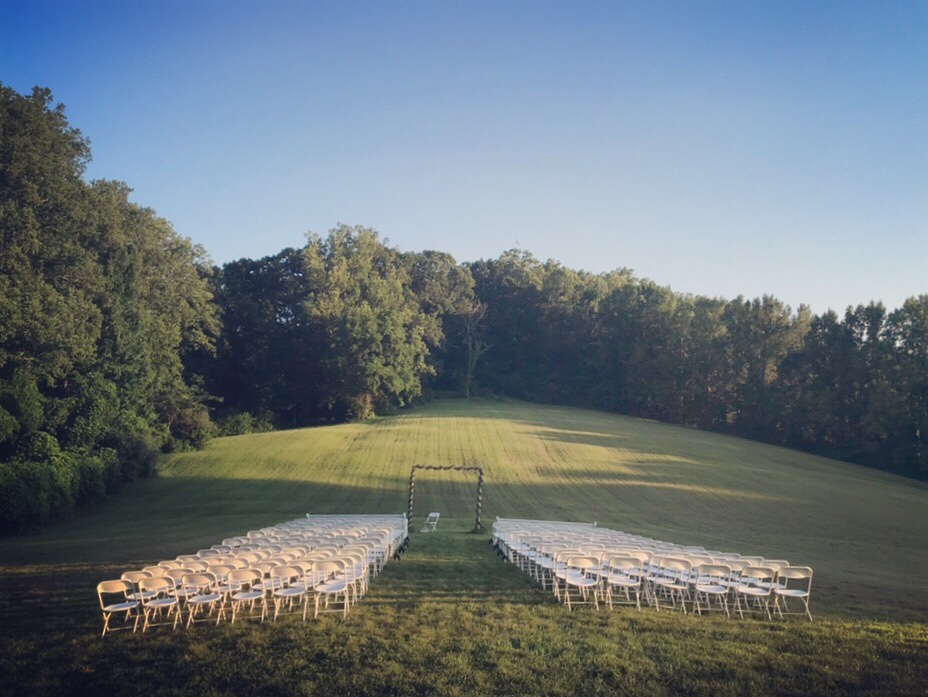 Friday evening we were expecting to get really bad storms. We were even under a tornado warning…So Chad and I did the best we could to prevent any rain from getting in the barn. I half expected to wake up Saturday morning with the chairs thrown out across the field and the barn to be a disaster.

When you watched the radar of the storm, it came right towards us-then the storm completely split into two and went around us.

The barn looked just as it had last night! Not even a single chair had been blown over by the wind. Tears and a grateful heart are an understatement of how grateful I was.

God continues to show himself faithful at every single turn. This experience has definitely grown our faith and has caused us to grow closer to each other. We know that this is what God has called us to do and we feel overwhelming peace through it all.